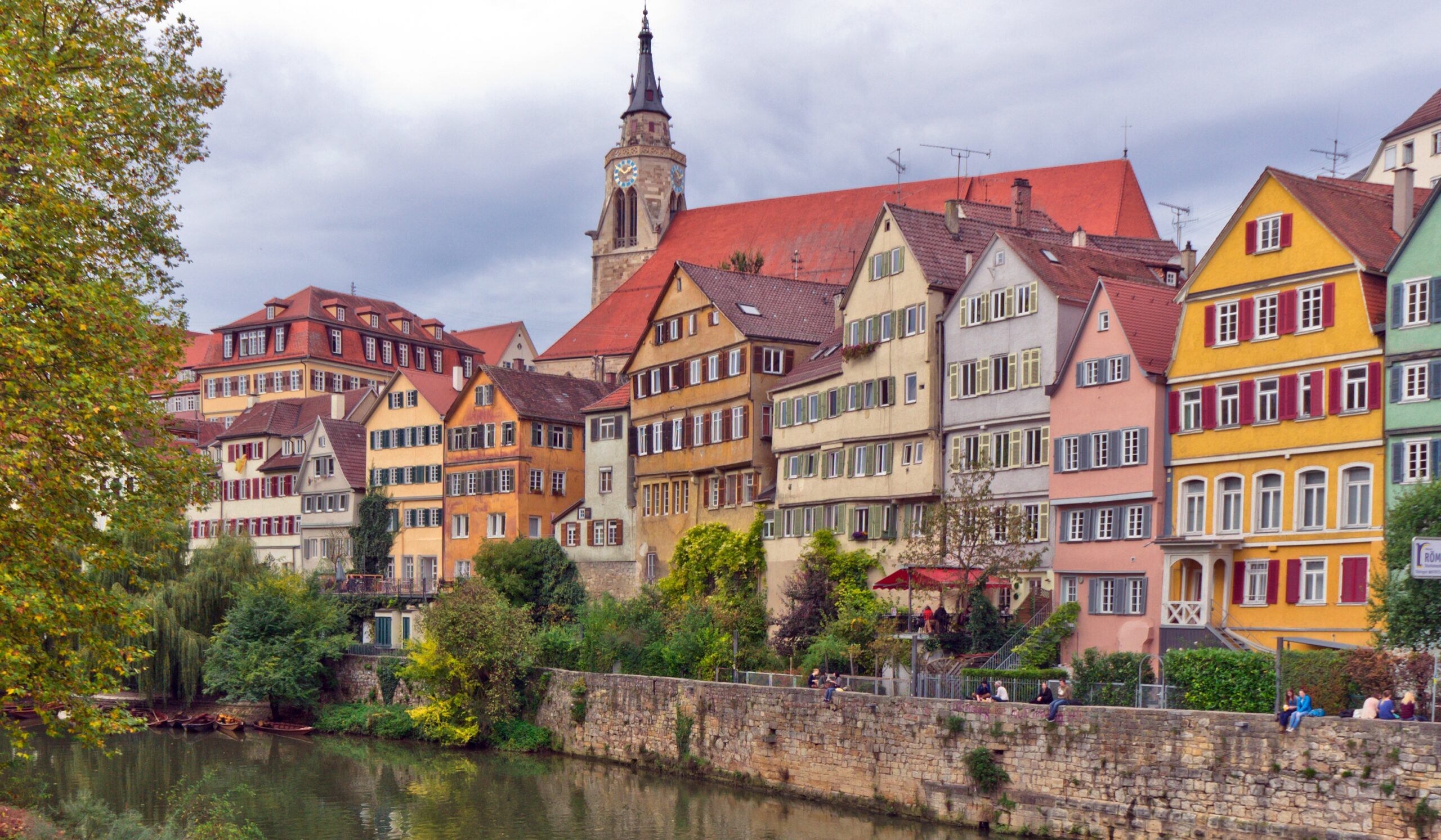 The Scintec story began in Tübingen. The town with its medieval buildings in the southwest of Germany is famous for its university, founded in 1477. Among its students and scientists and 11 nobel prize laureates, there was Johannes Kepler, the astronomer who in the early 17th century, revolutionized our understanding of the planetary motions based on telescope observations. In fact, the University of Tübingen established a department for Astronomy and Mathematics already in 1511. In 1752, an observatory was built in a tower of the castle. The observatory was equipped with a 5 m long telescope and was operated until the 1950s. 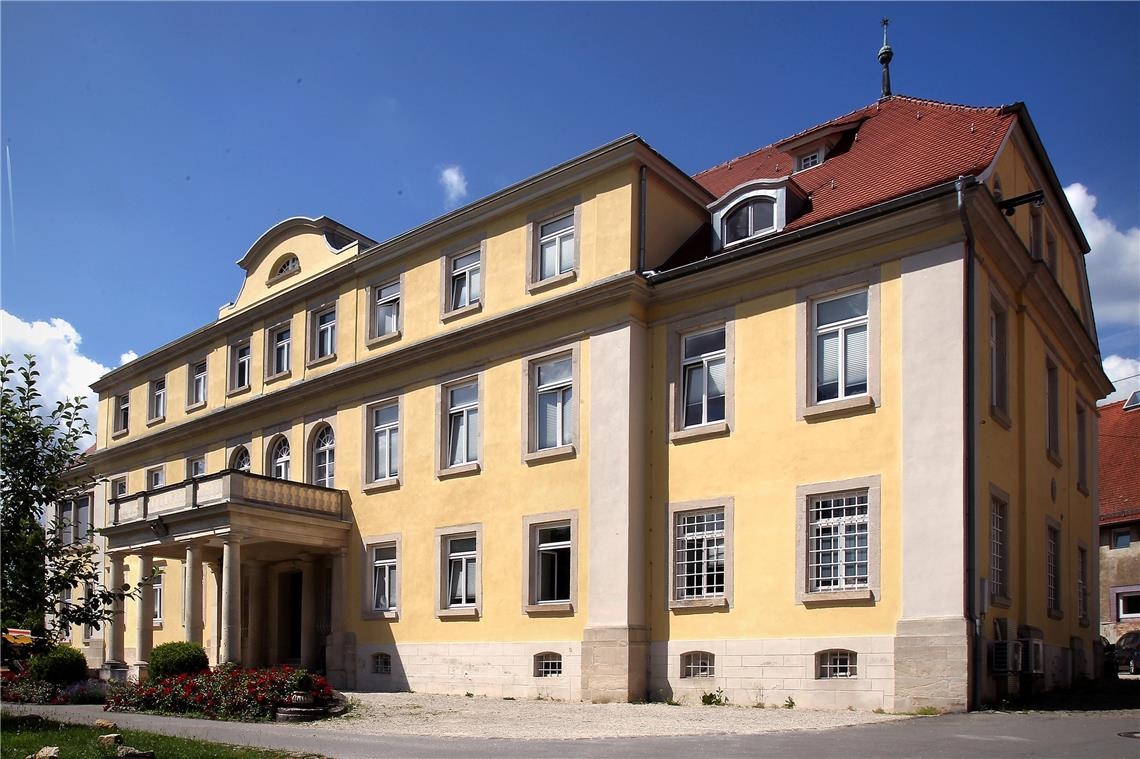 In 1973, members of the basic-research working group of the Astronomical Institute of the University of Tübingen joined the FGAN. This research organization investigated the propagation of optical and radio waves though the atmosphere. A subdivision of the FGAN, the Optics Research Institute (FfO), was formed and moved to Schloss Kressbach, a tiny palace from 1766, beautifully surrounded by gardens originating back to the 16th century.

From 1988 to 1990, in the inspiring settings of Schloss Kressbach, one of the most marvelous discoveries of micrometeorological measurement technology was made: a device was developed that measures the turbulent fluxes of sensible heat and momentum by using nothing else than optical scintillation.

Experimental receiver of an inner-scale scintillometer. 1988

Scintillation describes the apparent intensity fluctuation of a remote radiation source caused by atmospheric turbulence, an effect well known from star light twinkling. Scintillometers are instruments that make use of the scintillation phenomenon to quantify atmospheric turbulence. In the early 1980s, researchers attempted to estimate the turbulent flux of sensible heat using scintillation. For these estimates, supplementing information of wind speed and surface roughness was needed, however. The new technology created in Tübingen did not require such additional information. Instead, it involved an optical measurement of the so-called inner scale of turbulence. In 1990, the first experimental data of turbulent fluxes measured using an inner-scale scintillometer were obtained (V. Thiermann & H. Grassl, 1992: The measurement of turbulent surface-layer fluxes by use of bichromatic scintillation, Boundary-Layer Meteorology volume 58, pages 367–389). 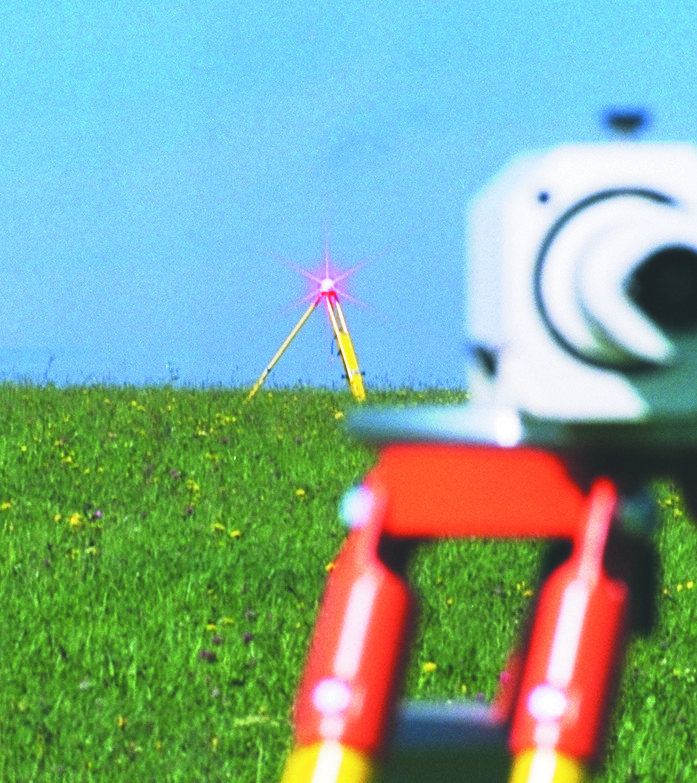 The measurement data were outstanding. Due to the spatial averaging, turbulent flux data could be obtained at a much higher temporal resolution and with only a fraction of the statistical noise of conventional point measurements. In 1991, Volker Thiermann patented a variant of the inner-scale scintillometer and founded the company Scintec to commercialize the new technology. In 1992, the first units of the SLS20 scintillometer were sold. This legendary product is still offered by Scintec today in its third generation. 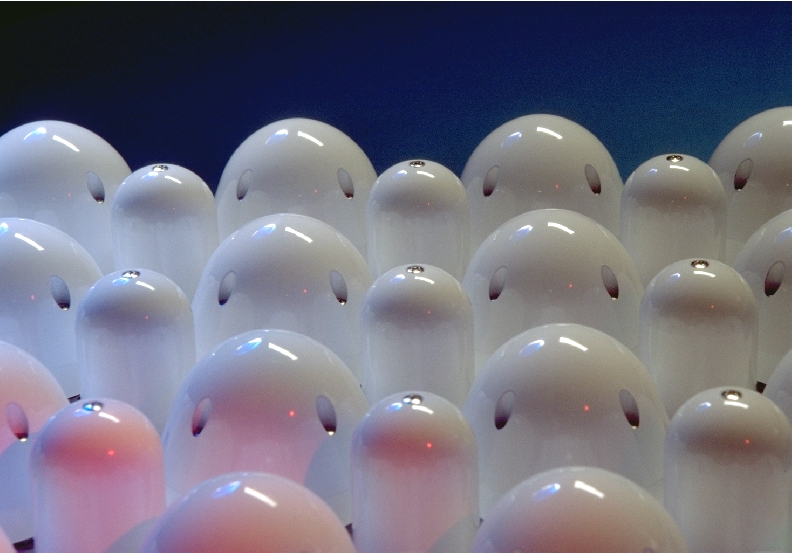 Over the years, Scintec developed and manufactured other innovative instruments for the sounding of turbulence and wind. All these instruments have in common that they are based on the interaction of waves with atmospheric turbulence.

In 1998, a new acoustic sounding technology was patented: an acoustic wind profiler that used a novel transducer configuration called Flat Array Antenna (FAS) and involved the simultaneous reflection of acoustic waves at different frequencies and angles. A prototype outperformed instruments based on conventional technology and formed the basis for the Scintec FAS Series sodar wind profilers. 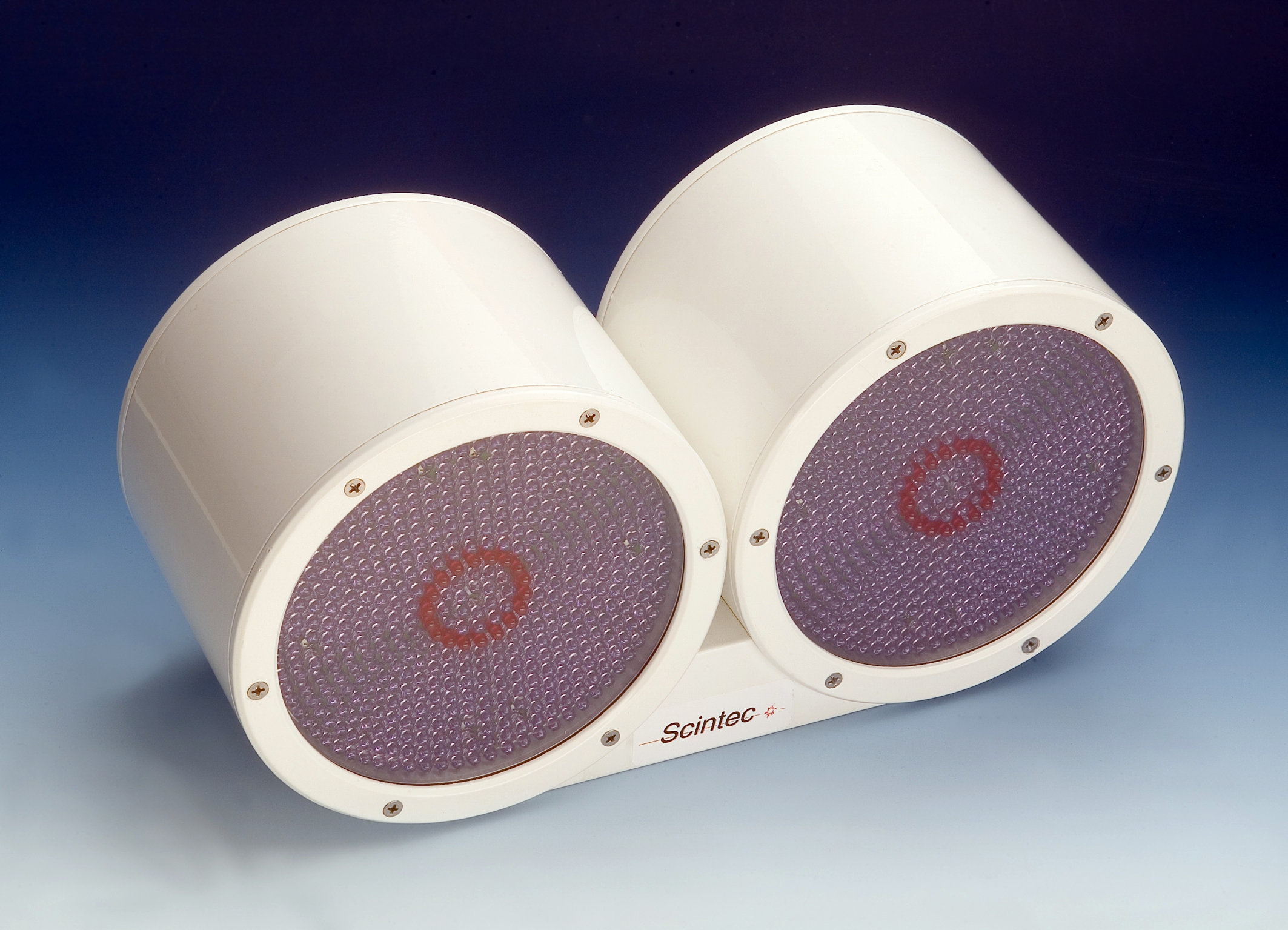 In 1999, Scintec patented and introduced a new line of large-aperture scintillometers, the BLS Series. The transmitters of these scintillometers consist of an array of light emitting diodes (LEDs). Compared to a conventional telescopes, the transmitters have a much wide emission angle at high output power which significantly facilitates the system alignment. The BLS Series scintillometers were designed for turbulence measurements over long optical paths and soon became one of the best selling products of Scintec. 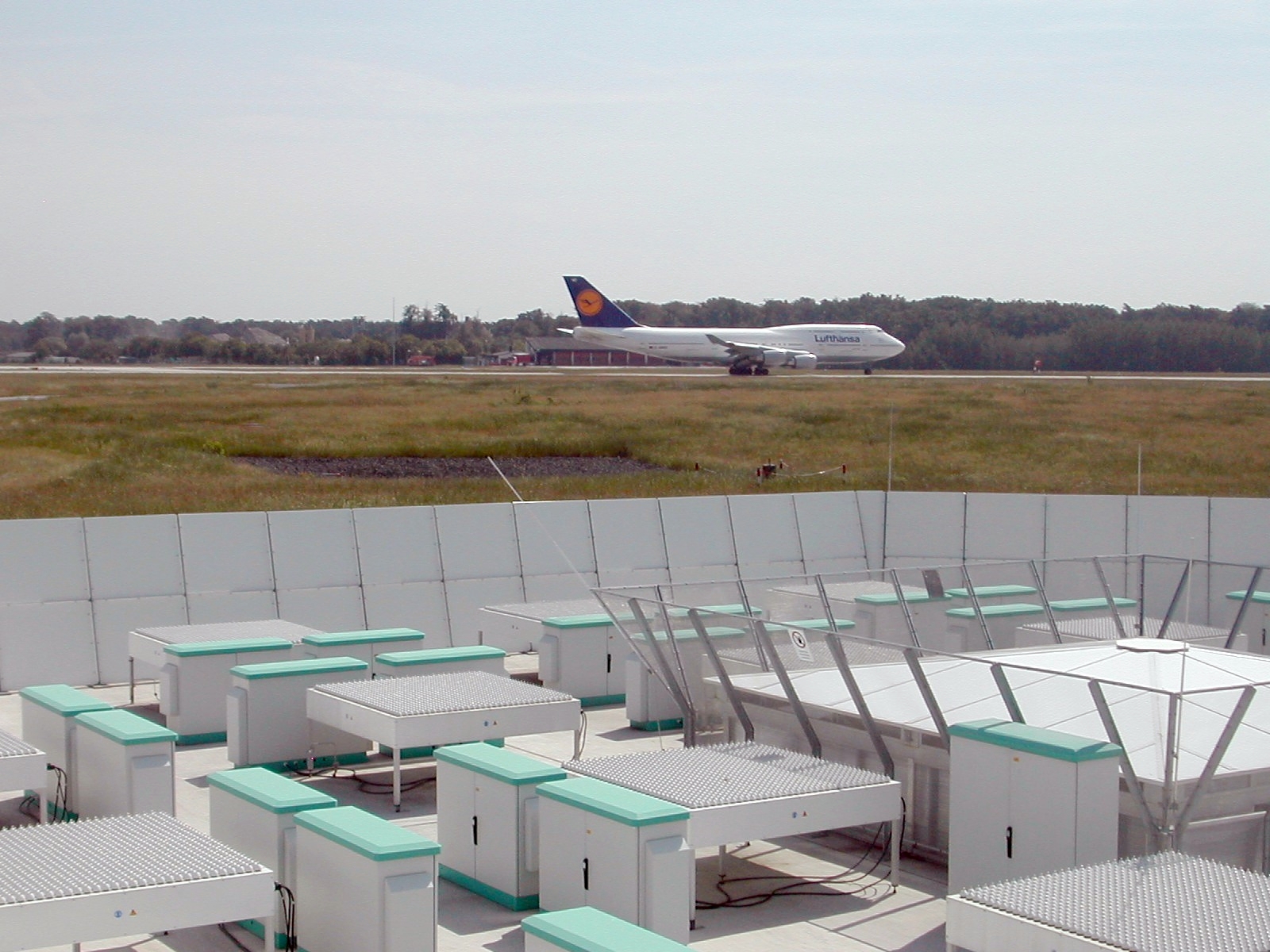 The innovation continued. In 2002, Scintec pioneered and patented the windRASS, a method to measure vertical wind profiles using the reflection of radio waves at acoustic waves. The technology works in two variants, in combination with either a radar or a sodar wind profiler. In 2005, the first radar windRASS was installed at Frankfurt airport. This impressive instrument was able to derive wind velocities within seconds without any ground clutter or reflections from airplanes or birds.

In 2006, the first windRASS for sodar was presented to the public and sold. 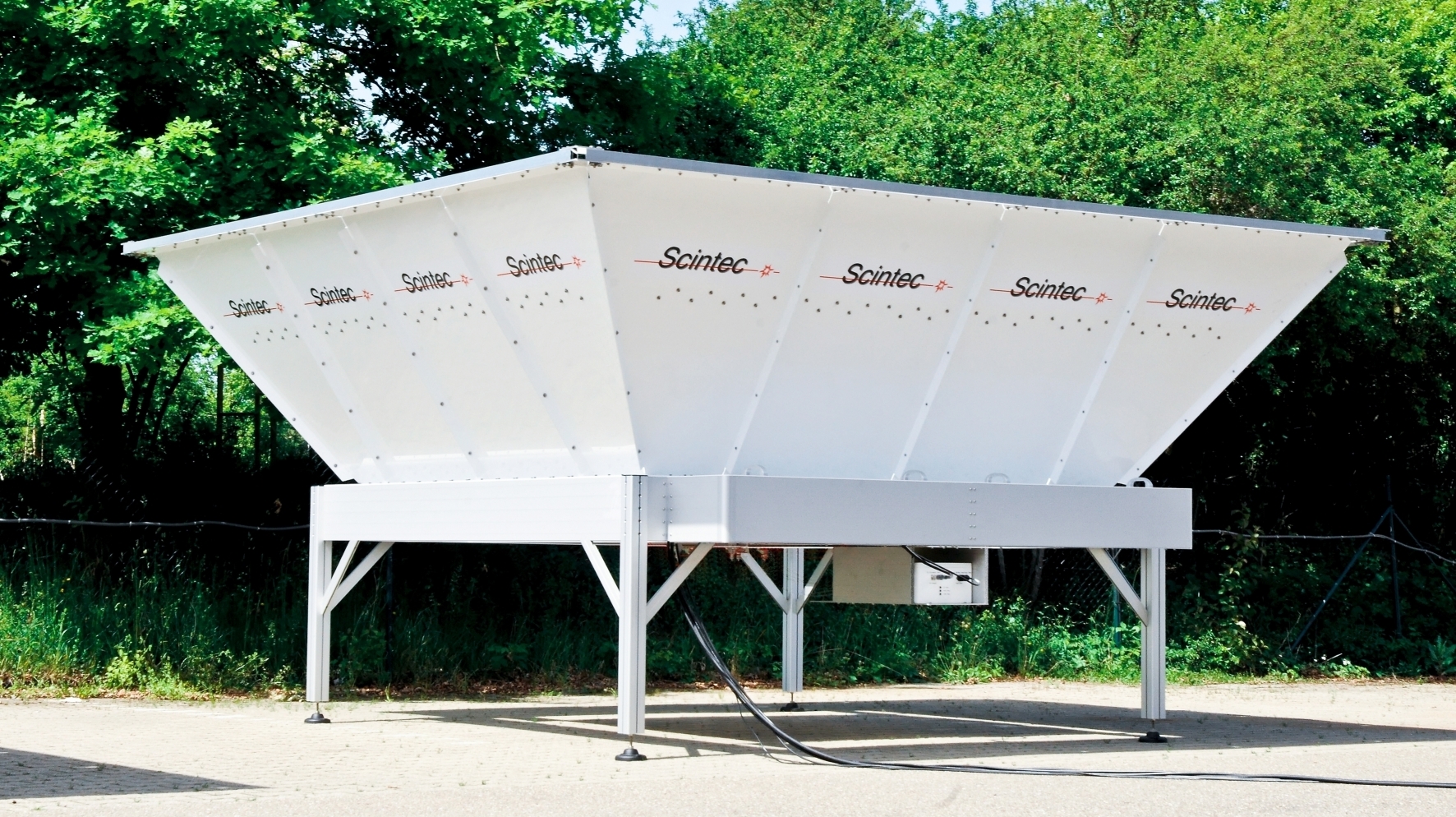 In 2012, Scintec acquired the LAP® Series line of radar wind profilers from Vaisala, a product line which was developed together with the U.S. National Oceanic and Atmospheric Administration (NOAA). 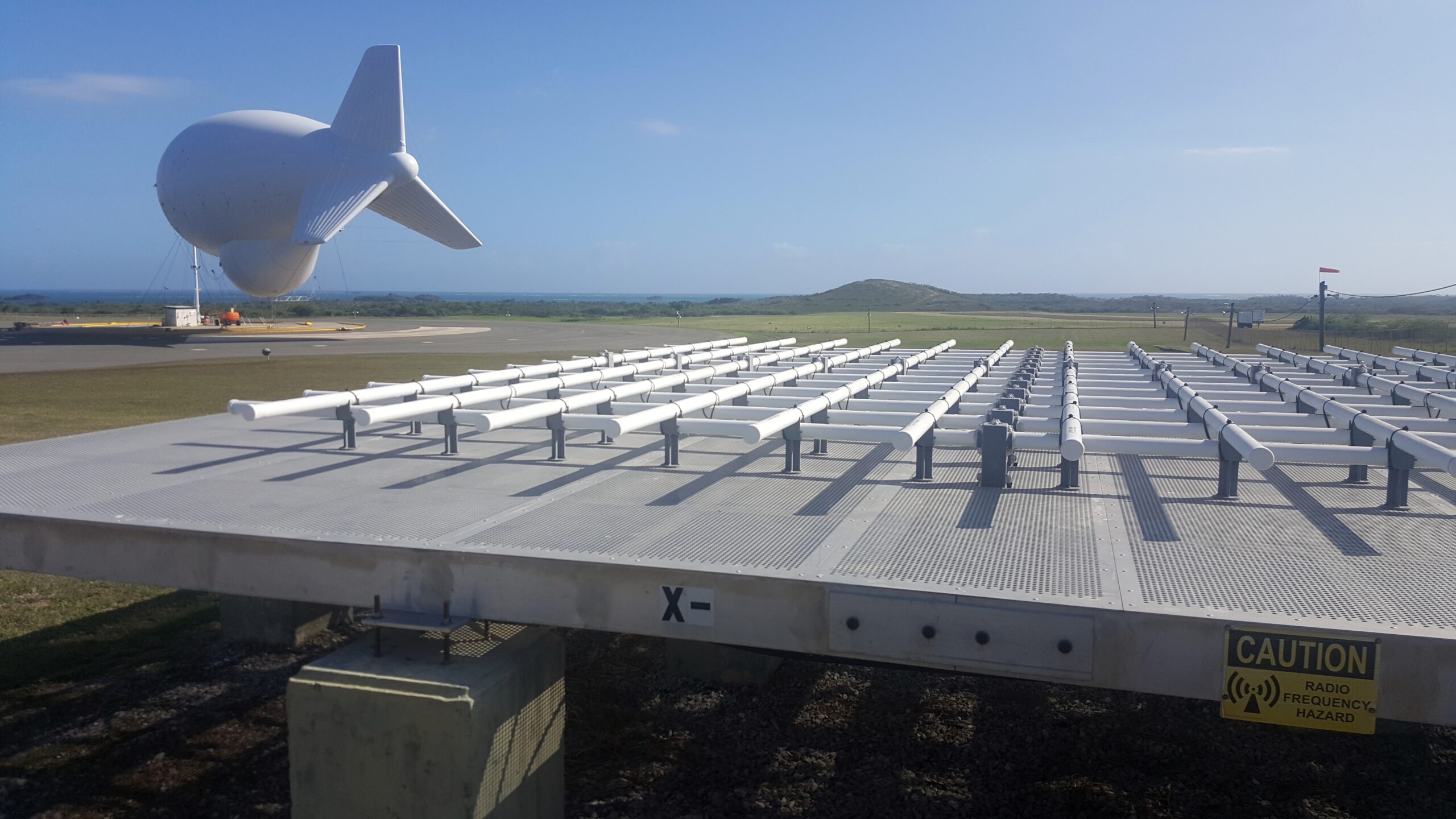 Meanwhile, Scintec had grown from a tiny development and manufacturing spot to a global conglomerate of creative and ambitious people. Already in 1997, Scintec set up a US American entity in Fort Collins, Colorado. Over the years, the US unit moved three times and is now located in Boulder, Colorado with its own engineering, manufacturing and service team.

In 2008, the German plant moved from Tübingen to an industrial area of Rottenburg to match production capacity with the growing product demand. In 2015, a service office was opened in Hong Kong to take care of Scintec’s increasing number of customers in Asia.

In 2019, a unit for artificial intelligence and software development was set up in Rio de Janeiro, Brazil. This unit focusses on the creation of solutions and decision-making tools for applications in aviation, air quality and water management. The dedicated trademark AWAIRE® was registered in 2020.

The AWAIRE® Solutions simultaneously evaluate the measurements of one or more remote sounders and other sensors and combine these measurements with physical models. The outcome is a new class of data products and the latest example how Scintec contributes to a safer, greener and more sustainable world. 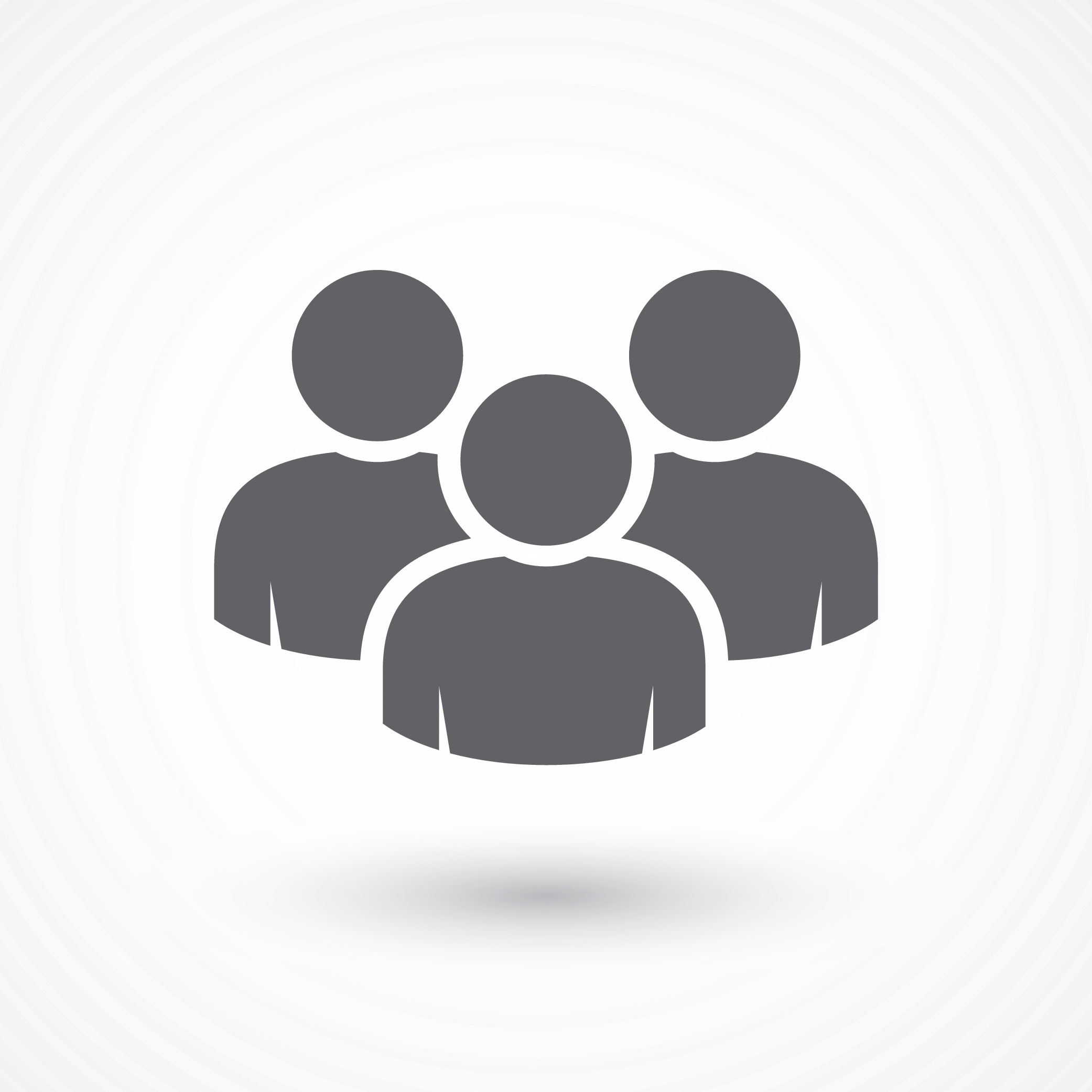 Customers of Scintec include the most respected research institutes, government agencies and meteorological servcies, major airports, aeronautical industries, power and mining industries and the defense forces in more than 50 countries. 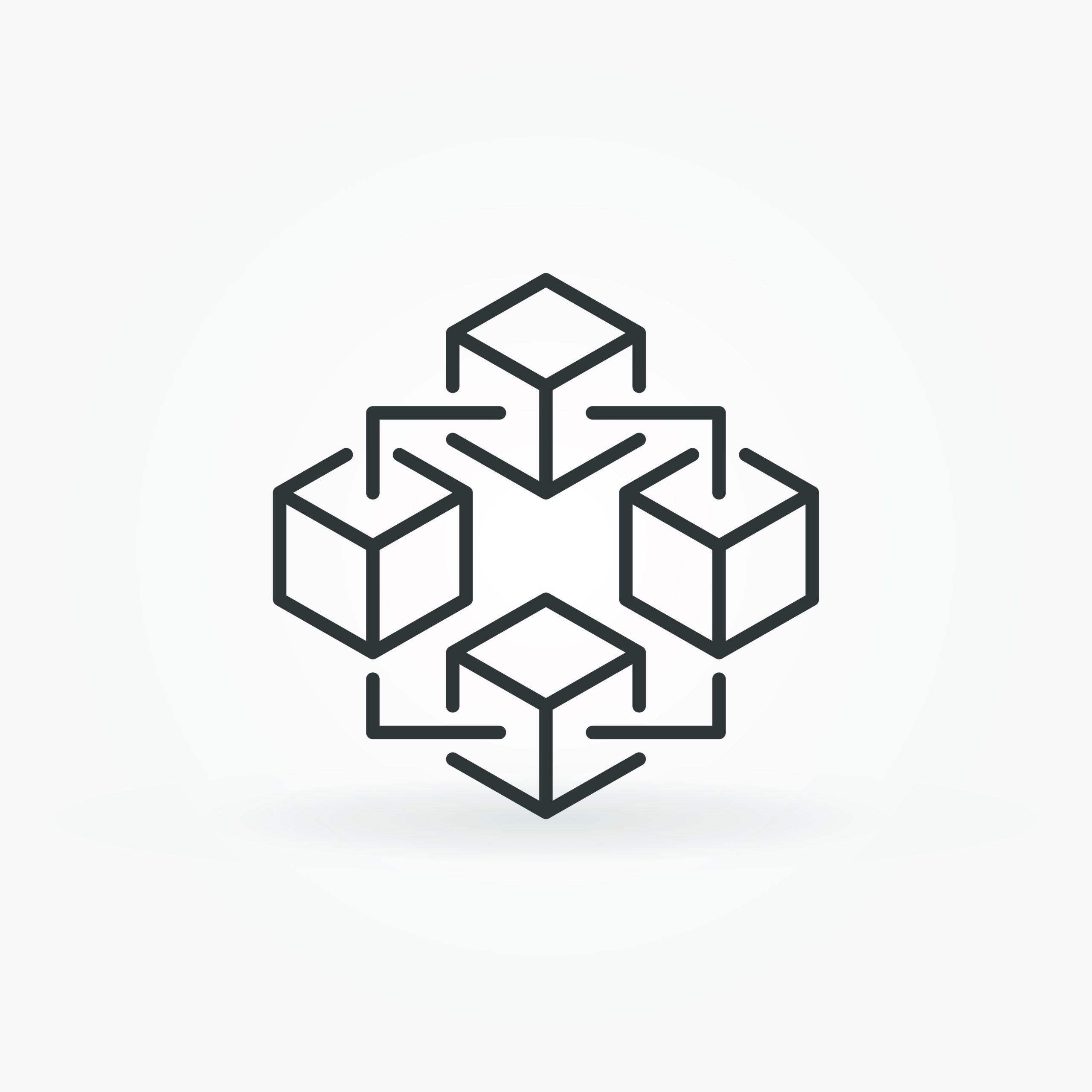 Scintec is an international group of corporations with shareholders from Germany, the USA, Canada, Brazil, France, Japan and Australia. 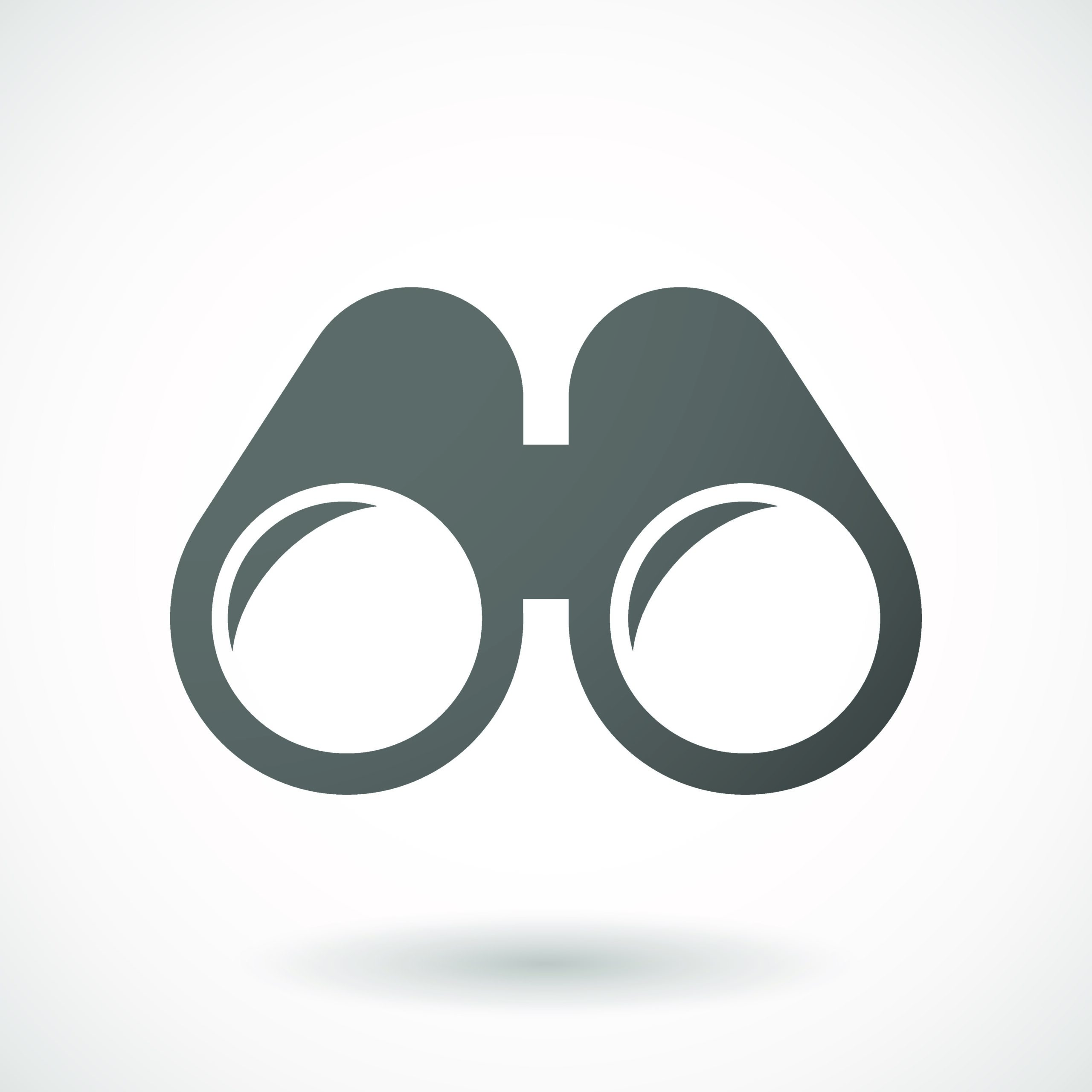 We create, supply and support outstanding atmospheric sensors and solutions for science, industry and governments.

Knowledge and ingenuity. Attentiveness and accountability. Loyalty and integrity. We strive to be extraordinary every day.