The quantities most often measured using scintillometers are the structure function constant of refractive index Cn2, the structure function constant of temperature CT2, the turbulent flux of heat, the turbulent flux of momentum, the inner scale of turbulence, the kinetic energy dissipation rate and the crosswind. Evaporation or evapotranspiration are also commonly assessed.

Optical scintillometers measure a path average between a transmitter and a receiver. They have superior characteristics over conventional point measurement devices. Because scintillometers are double-ended remote sensing systems, the measurement paths can also lead over terrain which is difficult to access by in-situ sensors. Since transmitter and receiver are remote from the measurement volume, there is no flow distortion caused by them. The path averaging does not only provide spatially representative data, it also reduces the need of averaging over time, resulting in a higher temporal resolution of the obtained statistical measurement results.

Scintillometry is still a relatively new technology which is far from being fully exploited. As an inventor and pioneer in scintillometry, Scintec supplies the most up-to-date devices which are used at the forefront of atmospheric sciences all over the world. 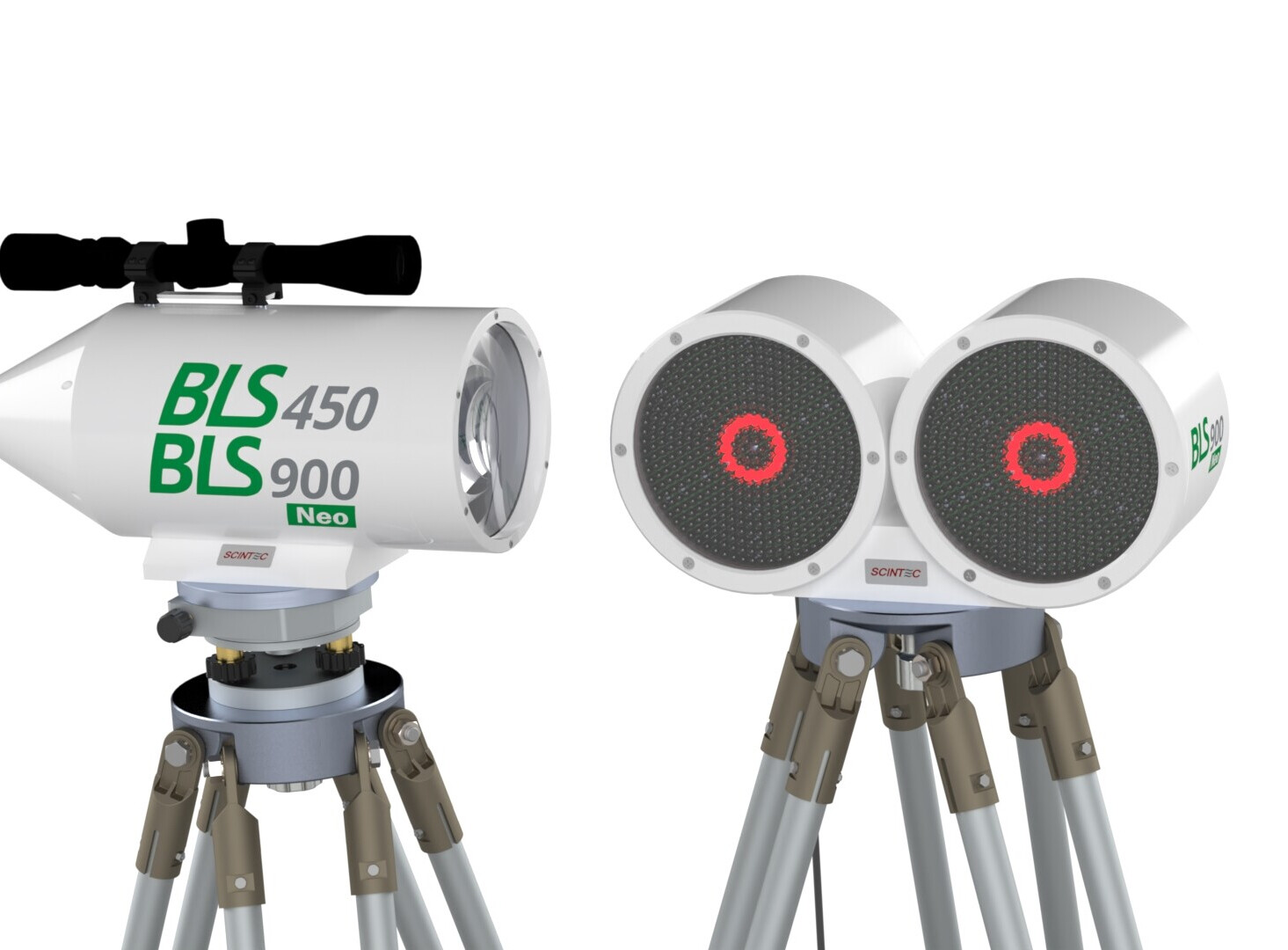 The Scintec BLS Series Scintillometers measure atmospheric turbulence, heat flux and crosswind over large spatial scales. Various versions are available for path lengths between 100 m and 12 km. With complementing meteorological sensors they can also be used to determine the evaporation or evapotranspiration over extended areas. 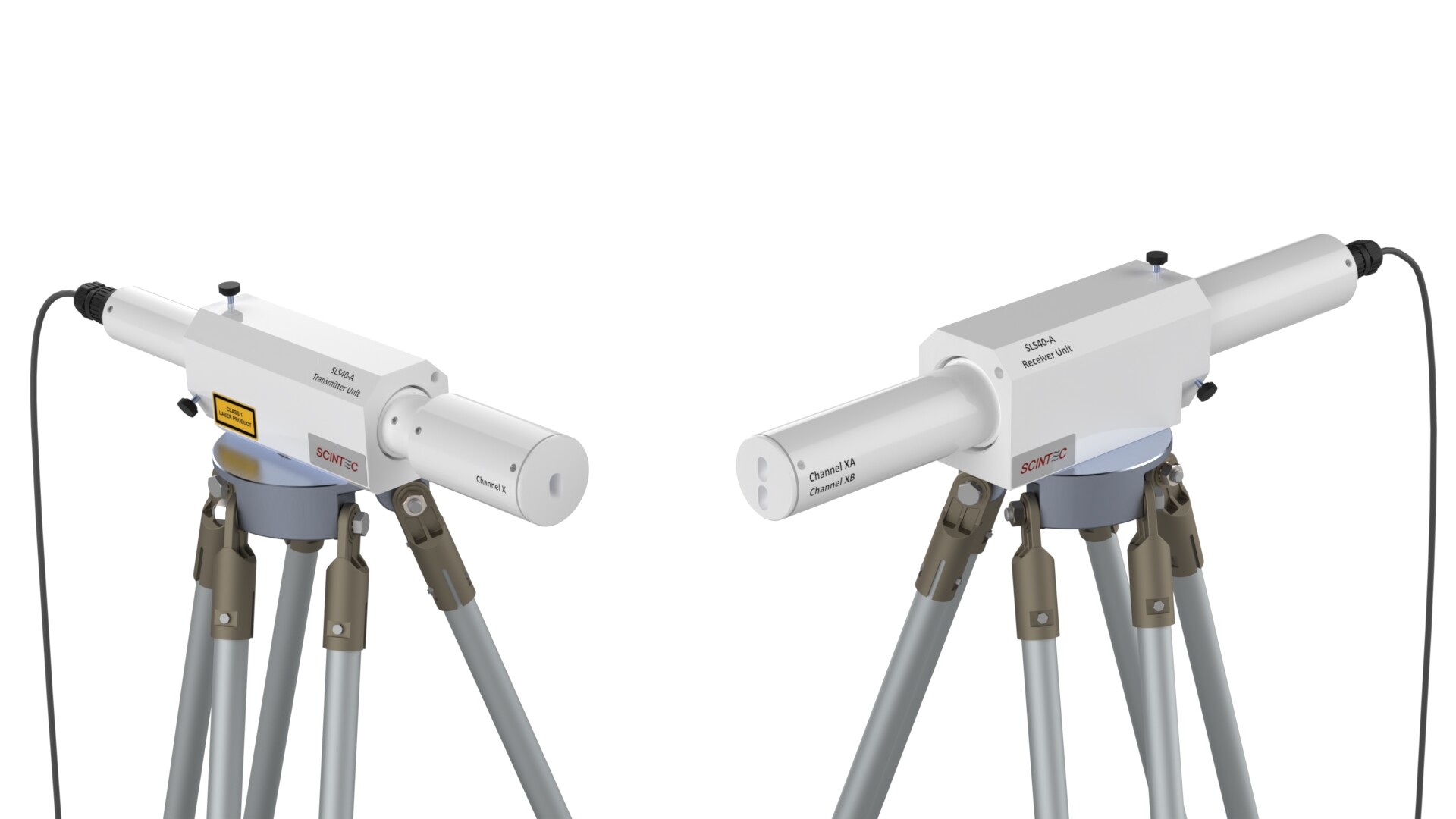