With increasing global population, more extensive land use and changing climate, water is becoming one of the most precious natural resources. Measuring and understanding the water cycle on a local scale can help to reduce the water consumption in agriculture and other human-made environments.

Evaporation from land or water surfaces or evapotranspiration from plants are major loss terms of liquid water in the water cycle. In meteorological terms, this liquid water loss corresponds to the turbulent flux of latent heat. The water vapor carries the energy which is needed for evaporation and released during condensation.

The waters in the irrigation canals of the great Indus Civilisation did not flow according to the laws of ignorance. Knowledge has always been power and wealth.
Mahathir Mohamad
Former Statesman

Scintillometers measure an average over an optical propagation path, typically somewhere between less than 100 m and more than 10 km. This is very appropriate for the determination of evaporation or evapotranspiration because these processes also have to be understood as averages over extended spatial areas.

The BLS Series contains so-called large-aperture scintillometers which can measure over spatial scales of many kilometers. They provide the sensible heat flux for closure of the surface energy balance if information about the wind speed and surface roughness is available.

Scintec offers various packages containing software for the real-time calculation of the turbulent fluxes including the evaporation or evapotranspiration. The packages also include the interfaces for auxiliary sensors and, depending on the package, the different auxiliary sensors themselves. The determination of area averaged evaporation or evapotranspiration has never been easier. 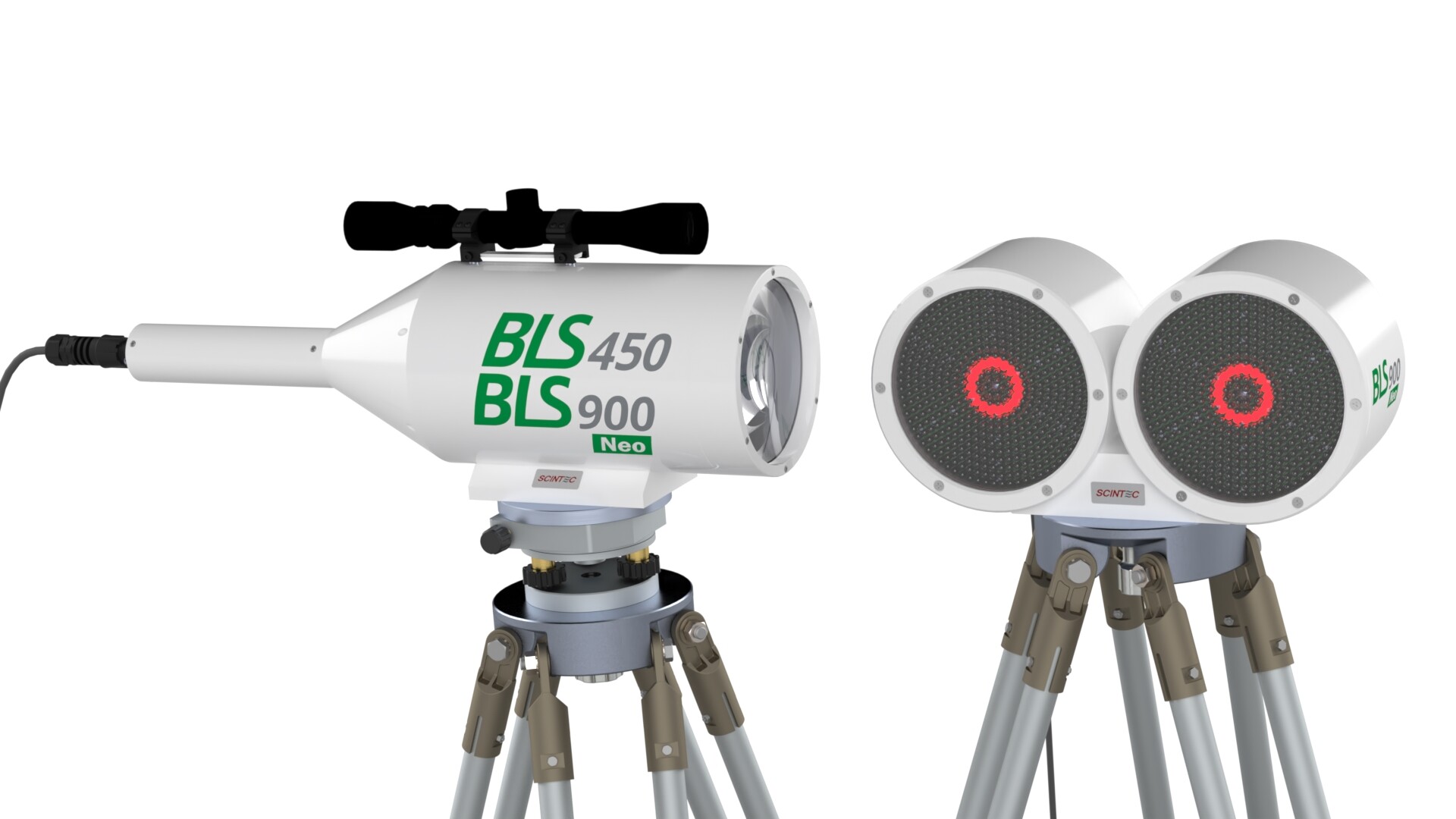 The Dual-Disk Design of the BLS900 provides for instantaneous corrections of absorption fluctuations, saturation of scintillation and outer scale effects. 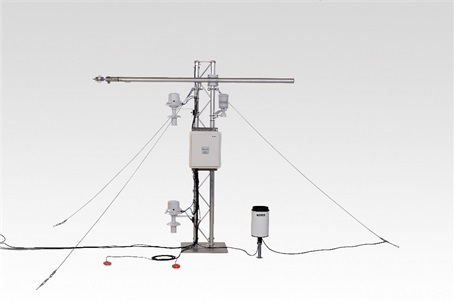 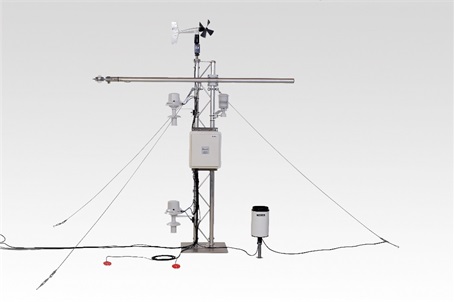 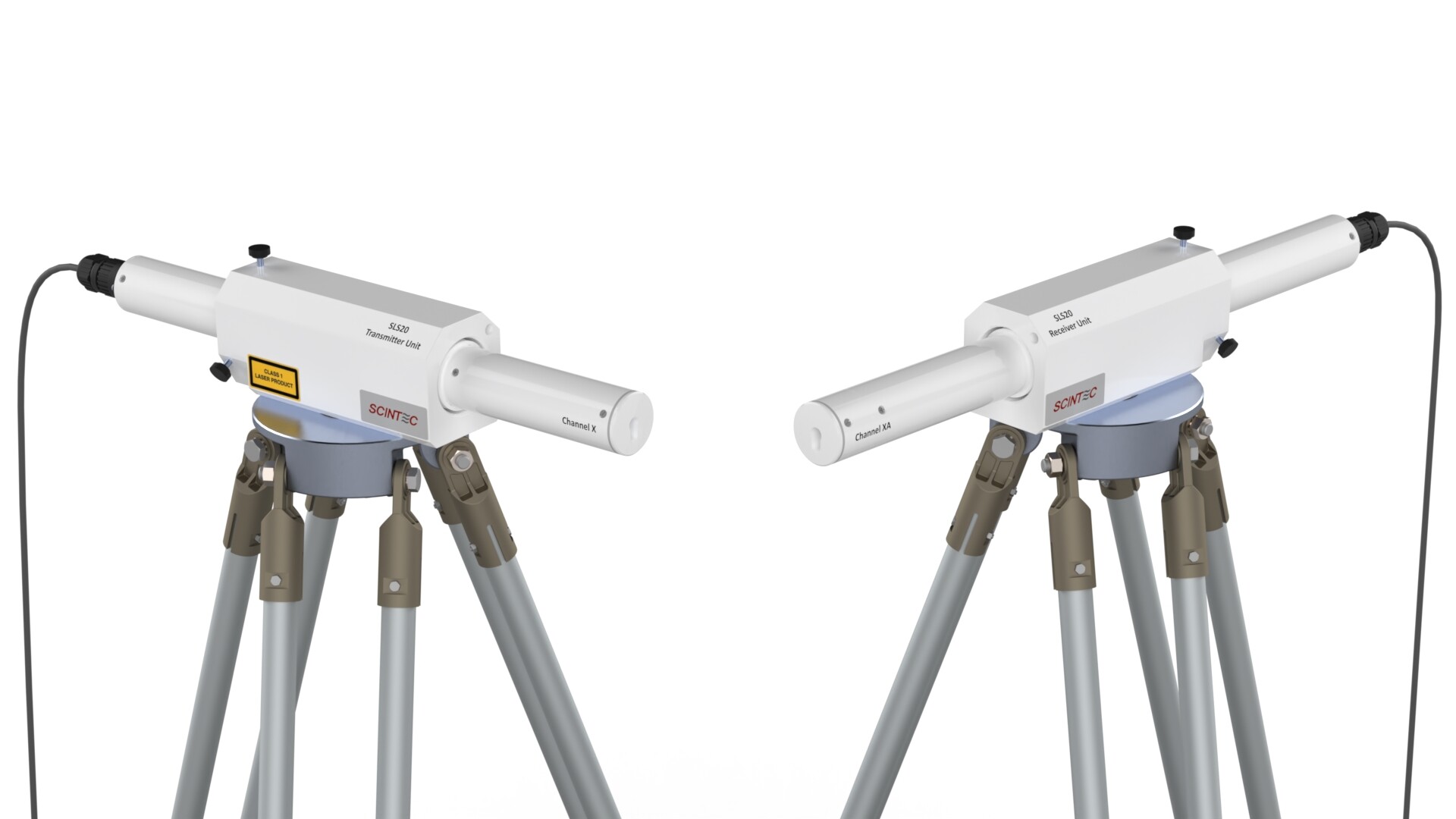 The Surface Layer Scintillometer for stable platforms or heavy tripods on solid ground.